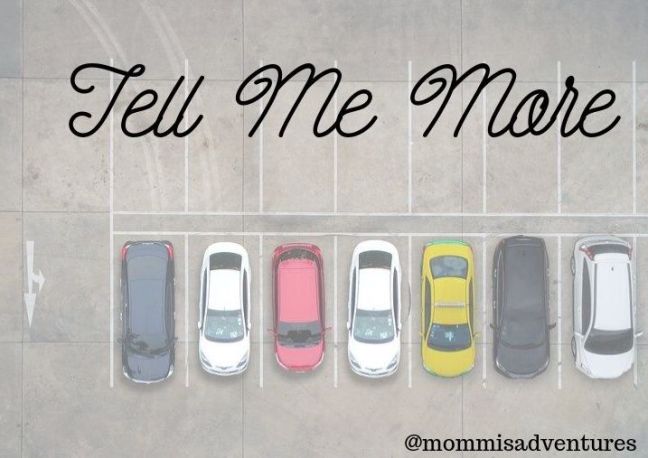 “I need to talk to you about your son”, she said last night, after she’d pulled me across the parking lot at the bowling alley, eager to speak with me. Her son and Blake are in the same class this year.

These conversations never go well. I watched her with intent eyes, studying her demeanor and lips. I was sure I didn’t want to know what she had to say. After a while, the crooked smiles and judging eyes from parents at school becomes the norm. She was a parent in Blake’s Kindergarten class. I could almost guess any number of things she was going to say about him…

Last year we had our fair share of behavior problems in VPK. One parent made a snide remark about Blake straight to my face as parents were gathered in the classroom for Christmas holiday crafts.

It’s a day and conversation I will never forget.

We sat around a rectangular table in the classroom, students and parents, decorating gingerbread men.

He was sitting next to me with his daughter.

“I hope your son says better things to me about my child than what my child says about yours.”, he’d said, not making eye contact with me.

“Excuse me?”, I questioned, sure to make direct eye contact, and feeling blind sighted and confused.

“If you’re going to make such a comment then I’d like to know what you’re referring to.”, I demanded.

“I’m not talking about this right now. We’re in front of the kids.”, he tried to dismiss.

“You’re the one who brought it up. I’m happy to step to a corner to talk about this.”, I motioned to the back wall.

“Again, you brought it up. If you’re filing some complaint about my son there isn’t anything I can do unless I have some idea of what you’re referring to, but you’re being quite unfair and vague. Why say anything to me at all if you don’t want to continue this conversation? In fact, I’m done.”, so I stood up, walked away, and requested Blake be moved to a different table so this man didn’t slip up saying anything to Blake without me knowing.

Other parents heard the whole thing. It was embarrassing.

I’m not exactly sure what his issue with B was, but I can guess it had something to do with his behavior-frustration with kids, disrupting the class, and he even went through a stint where he was hitting and kicking other kids. I can only imagine why he felt the need to talk to the principal. The way he chose to confront me about it has always bothered me, and the fact that he took no bother to listen to me. I allowed this encounter to ruin my day, week, and each time I ran into this parent at school I instantly felt anger for the way he handled the situation. Not even hearing me out. I waited the whole year for me to compose myself enough to approach him calmly but calm never came over me, so I never talked to him. I knew I didn’t want to talk to him angrily, I wanted to be the bigger person. So I just spent the rest of the year ignoring him.

If I’d had the opportunity to speak with him I wouldn’t have defended B, because I know his flaws and issues, but I wanted to shed some light on his cause. I NEVER use “He’s autistic” as an excuse, and I don’t believe it permits for him to act the way he does sometimes, however, I do know that because of his diagnosis he needs a little grace, and a lot more understanding, acceptance, and explanations. I felt I NEEDED to tell this parent all we are doing on our end to help him be his best self. At that point, we’d just written his IEP and he was getting Speech twice a week (once at school and once outside of school), OT, counseling, and participating in baseball and Taekwondo. All of these wonderful people in his life were working on social skills simultaneously within their respective fields (in addition to the goals they had for him separately) to support him through everything. I knew then and now that he was getting the absolute best of what he was offered, and that there was little additional we could do. I felt like we were doing it all!

I should add this wasn’t the only parent complaint encounter we had, but it was certainly the one that stood out the most, and none of the others touch this one.

B never got invited to any classroom birthday parties last year. There were obvious looks from other parents anytime I was around to see it. I even purposely kept him home on the day of the class field trip knowing it would be overwhelming for him, and because I couldn’t go on the trip with him that day, and I didn’t want that parent saying anything to him without me there.

I think back to that parent almost 9 months ago in VPK and I realize I didn’t NEED to tell this man anything. I shouldn’t have to forcefully defend my child. I do wish he would’ve taken the time to hear me, but that’s his problem.

This adds to the list of reasons why being Blake’s mom has taught me to not be a judging person when it comes to parenting. That the “bad kid” in class may have other things going on behind the scenes that we have no idea about. The “bad kid” may be involved in all the therapies, and all the counseling, and have parents at home who research and do whatever they can to support their child, but these things take time. Blake has taught me to have a heart of understanding, compassion, to not judge someone’s parenting, and it’s reminded me that special needs kids don’t walk around with t-shirts saying their diagnosis, so, you just never know…

I will never forget the man in VPK but in a way, I’m grateful for him because he’s become the standing model for exactly what I don’t want to be, and for what I want to help advocate and educate other parents on.

After last year, and working in the same school he attends, I needed a fresh start for him. So, he attends school now in the new county we moved to. I wanted him to be around new parents who didn’t know him and didn’t talk to one another about “that kid”. I wanted to give him a fighting chance after all the hard work we’d done, and of course that he’d put into it as well. We needed a new beginning. He deserved it.

When I heard in the bowling alley parking lot, which was riddled with other school and classroom parents, “I need to talk to you about your son”, my heart sank. Here we go again, I thought. And why does this keep happening to me in front of other parents? I almost wanted to stop her and say, “I’m sorry”, but we are late for our bowling game.” because sometimes ignorance is bliss. But, the curious part of me wanted to know if this was a repeat situation, or if something new was going on with Blake in school.

“This is my son G. I volunteer in the kids’ classroom and I’m there a few times a week. There are a lot of rowdy boys in there…”

Here it is…I felt a pang in my stomach.

“I asked G ‘Who is that boy sitting next to the window?’ and when he said Blake I told him he needed to start hanging out with Blake more. Your son is one of the only boys who sits down and does his work quietly and exactly how he’s supposed to do it. He’s an angel! So I hope they become best friends!”

Shock. I think I went into momentary shock. I wanted to hug her! I wanted to beg her to tell me EVERYTHING. I wanted a moment by moment recap of her volunteering. I wanted to know his interactions, his habits, his smiles. I wanted all the compliments. All the positive stories.

YES, I want them to be best friends! I screamed inside.

I tried to keep myself composed. This lady has no idea what we’ve been through. The hitting, the kicking, all the time outs because he’s too rough on the playground, the frustrations, the inflexibility in the day, the calm spaces, the nervous stuttering, the anger, the impulsiveness, the anxiety, the meltdowns. And, only MONTHS earlier.

This was our moment. The moment when it all finally came together. We hit counseling and OT HARD this summer. Blake went to summer school for speech to keep up with stuttering and pragmatics (social skills). His counselor spent a lot of time helping to prepare us for Kindergarten by going over every what-if scenario, teaching him coping skills, personal space, and so much more. It’s all paid off. This is my baby’s moment!

THIS IS HIS YEAR!

“Thank you so much! I’m so glad to know that they are going to be friends. And thank you for taking the time to volunteer in his classroom!.”

She was leaving the bowling alley and her kids were tugging at her clothes.

“I have to go”, she said laughing.

“Understandable. Thank you for taking the time to tell me that. It was nice meeting you!”, I said excitedly, still trying to remain composed.

As she walked away toward her van I grabbed Blake in a giant hug. I knew he already had a great start to the year, but this was a whole new level of awesomeness. She had no idea how much she made my night. My week. My year! I felt grateful she’d called me across the parking lot to tell me this. She really has no idea how much her comment meant to me.

Say all the nice things to your fellow parenting friends, everyone. We need to hear them.

I creepily stared at her as she loaded her kids into the car, hugging Blake, and smiling into the distance. I cherished this moment.

My heart pleadingly whispered down the pavement toward her…

…Can we come to your son’s birthday party? Please?

Walking into the bowling alley I felt confident. I had a few other encounters with parents which were all positive. No dirty looks. No remarks. Genuine excitement for our kids to be together. I can’t say this has ever happened before.

My heart is so happy. And I am so incredibly proud of this kid of mine!

4 thoughts on “Tell Me More”