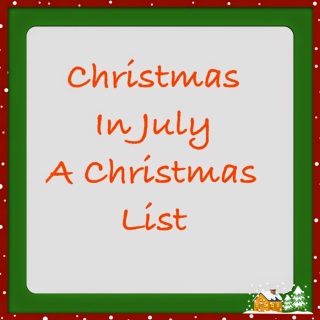 I like to begin my Christmas shopping early in the year, usually around July.  This is so our family doesn’t end up spending a large amount of money at one time trying to last minute shop.  Spreading it out over five months has worked well for us financially the past few years.
This will be our first Christmas with Blake. Actually, let me rephrase–this will be our first Christmas actually celebrating with Blake in a big way.  (Due to my pregnancy and delivery, we didn’t do much for Christmas last year.  By the time Christmas came around I had just healed well enough to enjoy the time.  Shopping was never in the cards for me.  You can read my SPECIAL Delivery post here.)
I’ve thought a lot about what to get Blake for his first (to us) big Christmas. He’ll be 1 year, 2 months and I really think he’s going to be old enough to get excited!  I’ve studied him to find out what he truly likes, and I’ve done some research on the best developmental toys for kids.  After research (what did we ever do without Google?), it seems the best toys appropriate for a 1 year old are things like blocks, books, nesting dolls, toy cell phones, shape sorters, push toys, and generally anything that’s loud (and annoying).
I try my best to be hands off when he’s playing, to allow him to explore things on his own and to figure how how to operate what ever he’s playing with.  He’s very curious, as I imagine most children are.  To begin, he’s wracked up a pretty good amount of toys thanks to gifts from others.  You know, everybody loves a new baby in the family, and loves to spoil them! If there’s one thing I’ve noticed about Blake, it’s that he’s just not that in to toys.  Maybe this is normal?  He plays with something for about 2.5 seconds, and will then scurry off to find something that is assuredly a non-toy item but quickly becomes one when he gets his hands on it.  Or, until mommy pulls him away.
I kind of feel like I don’t want to spend the money on the toys that he’s not really going to enjoy, at the moment at least.  Besides, he already has the aforementioned “1 year-age-approproate-toys”.  I’m certain I could donate 98% of what he has and he’d never miss them.  Books, now, that’s a different story. Kid looooooves his books! I had the shelves in his room arranged where the books were on the bottom and the toys on top and he would ALWAYS crawl to the books.  So, I mixed it up and switched the books to the top and placed the toys on bottom. What did he do?  Lifted himself up to the books, never giving the toys the time of day.  I’ve tried pulling the toys out for him and scattering them along the floor. Nope.
I can’t just get him books for Christmas.  Soooooooooo, there are many other things that he WILL play with.  They just aren’t the traditional baby play items.
Enter.
Blake’s 2014 Christmas Shopping List
1) Books.  I can’t deprive him of something new that he clearly loves so much.
2) His very own dog bowl.  Why not?  I cannot put him on the floor in the living room without him crawling to the kitchen to get Elway’s bowl.  I even put both dog bowls on the counter one day and he plopped himself on the floor and just STARED up at them, like he was in a trance! All he does is push the bowls around the kitchen and has himself a jolly time.
3) Empty (Target) diaper box.  I’m pretty amazed at how entertained he is by “the box.”  He flips it over. Puts his head in it. Scoots it up and down the hallway. And of course chews on the flaps.  This is a great gift because it’s a 2 for 1 for me.  I buy diapers AND get a gift out of it.
4) Laser light.  Come on, have you ever seen a kid chasing the red light on the floor?  HILARIOUS.  Like a cat! (Is that mean?) So fun for them, entertaining for you. It’s a win, win! (Not recommending giving a child the light.  Parent operator of course.)
5) Wallet with a lot of random pieces of paper/old cards stuffed in them.  I know my kid isn’t the only one who “tries to pay” when I’m checking out at the store.
6) Keys. REAL keys. Toy keys just don’t do it.  He could care less about the bright colored nubby toy keys that make fake car sounds. Do these toy companies really think the kids don’t SEE and TASTE the difference? And, you know, my kid’s pretty much a genius so OF COURSE he can tell the two a part.
7) Knob wall. I’m going to have my husband buy a large board at Lowe’s and screw in a bunch of random knobs and pulls all over it. Blake can tug, pull, and twist these all day long without me telling him no, or being blocked my safety pulls.
8) Blake Shelton for the day.  Oh wait, that’s for me……..
9) No, #8) His very own Blake Shelton play list. We have an iHome in his bedroom to play music, and seriously, Blake Shelton does calm him down most times.
9) A life-sized stuffed animal of Elway. I say this because Blake is in love and fascinated with Elway, but Elway is not fond of him.  Not that he’s aggressive in any way toward him, he just tries to stay away from him and quickly moves away when Blake tries to pet or cuddle him. Despite, little many loves his big puppy!
10) Ten more sleep sheeps, because if anything ever happens to this sheep sleep I’m not sure Blake could make it through the night. We need back-ups!

11) Jewelry.  Not to wear. Yes, I know he’s a boy.  He’s always grabbing at mine so maybe having his own sparklies will stop this. Think so?  Naaaah. (We’ll skip this one. My husband would kill me anyway)
Let’s try this again…
11) Remote control. Again, a REAL remote control. Not some toy version that doesn’t actually look any thing like the real thing!
12) A pair of new, clean shoes that he never crawls on or walks on, but is only to be worn on occasions when he wants to chew on the shoes he’s wearing.  So, when I see him grabbing his foot and trying to chew on any shoe, I can quickly switch them out for the pair that is not dripping in grossness.  (Note: I’m pretty laid back when it comes to germ exposure, but the bottom of a shoe is just too much for me. ICK.)
13) Mommy’s face on a stick. To be used by any one who will be holding or taking care of him when I’m out of the room or building. If you are my child’s Sunday school teacher or daycare worker then you know EXACTLY what I’m talking about! He’s in mommy-attachment mode right now.  STEER CLEAR!  Your only hope is face on a stick.
14) “Apples and Bananas” song on repeat any time I want to watch him smile and giggle.  He’s so happy when I sing this to him!  Anyone have a recording studio I could use for the day to record my first single?
15) Singing lessons for mommy for the above mentioned.  This sounds like it’s a “ME” gift, but TRUST ME, it’s assuredly for Blake.  Have you HEARD me sing???
16) A face. Yes, that’s what I said.  Mannequin face? Something he can scratch, claw, pull on the nose, and lick all day long. (And every once in a while, spit up on, too.)
17) An iPhone-that-isn’t-really-an-iPhone-but-looks-EXACTLY-like-one….but it’s a toy. I know this doesn’t exist. I bought him a Fisher Price TOY that resembles an iPhone and he doesn’t want much to do with it.  Sigh.
18) And last, but certainly never least, a daddy-clone. Or a life sized poster of daddy will do.  May be we can get one of those Fat Head ones.  He has to work a lot, and now that he’s on nights, we don’t get to see him much. I know Mr. B misses his Papa.
With it nearing August and school beginning just around the corner (And every teacher just *sighed*), I better get a move on with this Christmas list.
I’ll take some help with numbers 5-wallet (for a money donation, of course. To his, um, college fund), 6-keys (one way to get a real set of keys is to get a new car, after all), 8-BLAKE SHELTON (Blake Shelton hook-ups anyone [no pun intended]), 9-Life size Elway (Taxidermy? JUST KIDDING! I LOVE YOU ELWAY!), 11-jewelry (Do I really need to say anything here? Suuuuure, I’ll give it to Blake), and 15-recording studio (studio? guitar player? And someone who could enhance my lovely vocals. I’d like to sound like Celine Dion).
Ho, Ho, Ho!